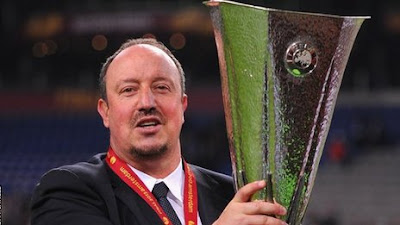 This Chelsea phenomenon is very peculiar.


It is now ten years since Abrahamovic took over, purchasing the club with a total investment of approx £140 million. With their success last night, they have now won eleven trophies in that period, including the Champions League and the Premiership three times. This is an admirable record, despite all the begrudgery.

Looking a little further back, it the ten years preceding Abrahamovic’s involvement, they won four trophies – more than Spurs, Everton and Leeds on a combined basis for the same period (Everton – one FA Cup; Spurs - one League Cup). Their victories in this period included the European Cup Winners Cup.

Fact 2 – some of the groundwork was done by the earlier owners and management.

Fact 3 – Chelsea have lorded it over the rest of us for longer than we might want to admit. Our criticism of them buying success may not have deep foundations.

Last night they won the Europa League, a competition they unilaterally derided a few months back, before they were ignominiously dumped into it by Juventus and Shaktar Donetz, two of the current powerhouses in European football. If they claim following yesterday’s victory that they are the first club to hold both European trophies at the same time, they are overlooking the fact that they are also the first Champions League winners to end their defence before the knock-out stages.

Fact 4 – they only sing when they’re winning. Once a meaningless competition, the Europa League now has them swinging from the crossbars.

Fact 5 – Spurs went out of the Europa League in the quarter-finals and Everton didn’t qualify.

Let’s then look at their management, and focus on Chelsea’s infatuation with Mourinho and vice versa. On his part, I suspect the loyalty is to Abramamovic’s billions (on the basis that he’s easily parted with portions of it) and not to the investment bankers who block-book the seats at Stamford Bridge.

But what of the supporters belief that no-one else can do the managerial job for them? Shades of the adoration Fergie has at United but built upon 39 months engagement rather than 312. Since Mourinho left - less than six years ago - there have been eight managers if we include Butch Wilkins who took charge for one game. And we know what happened to him.

Fact 6 – neither loyalty nor patience are a prevalent trait at Chelsea.

There is no doubt that Mourinho did well during his first period there but in reality how well?

To analyse this I assign points to the winning of various trophies and games as follows:

We then apply that to the remaining seven Chelsea managers and the following league table emerges:

Thus Roberto de Matteo is Chelsea’s most successful manager or - if the credit for the Champions League win is allocated over a complete season - AVB might lift himself off the bottom of the table.

Fact 7 – Jose Mourinho’s record as Chelsea manager is not significantly better than that for others who succeeded him and is bettered by Roberto de Matteo.

Fact 8 – While Chelsea continually want more from their managers, Spurs appear to be willing to settle for mediocrity. Spurs have spent this season giving credit to AVB for what he has achieved (and this included two manager of the month awards) and his record is essentially the same as what he got canned for at Chelsea.

Irrespective of my irrelevant argument and logic, the Special One will come marching into the Bridge one day very soon and the Chelsea fans will smile again. It is opportune that it will occur at a time when Manyoo and ManCitee will also have new managers – Mourinho might be able to capitalise on the upheaval at the Manchester clubs and push Chelsea back into the position their money deserves.

Surely jumping up and down about the Europa League shouldn't be keeping a club like this happy for too long.