I refer to yours of the 20th inst.

The article in CDB did as intended - it provoked dialogue and discussion, without fully addressing all of the issues associated with the wearing, or otherwise, of the poppy. .

There are other worrying dichotomies which arise when considering the matter. The first I would like to highlight is the "charitable status" achieved by the organisations promoting the sale of the flower. I find it slightly disconcerting to think that the money spent on purchasing the badges is used to support the war-injured (or simply the war-veterans) who have served in the British Army. If their own Government, which determined which causes they would die for, will not provide appropriate support, then why should we? A troubling angle to the issue which is compounded by the fact I may not agree with their chosen causes - a point you rightly make.

Secondly, the poppy is worn on the 11th of November, Armistice Day, and as such it commemorates the outbreak of peace. Peace which came in a war that counted 16.5 million deaths, of whom 1.0 million were from the United Kingdom. The remaining 15.5 million came from a multitude of countries, six of whom individually had a greater number of casualties than the UK. In these circumstances it seems a shame that the wearing of the poppy in our country has been associated with a pro-British allegiance, when clearly it represents so much more. Maybe in turn this is attributable to the first point I make - the adoption or hijacking of the poppy by the British war veterans groups and charities.

I wore the poppy on the 11th.  Part of that decision was driven by the same belief James McClean was displaying - a belief in free speech and self-determination I wasn't challenged on the day nor did I receive any snide comments - this surprised and, I hate to admit, partly disappointed me. Maybe at the end of the day there is hope.

Thanks you for your letter - this matter will obviously require further debate after we listen to the Last Post at Ypres in February next year. I look forward to that dialogue.

The Poppy - your letters

I refer to your article in CDB regarding the decision of McLean not to wear a poppy in the recent game against Everton. While your article sought to highlight the sensitivities underlying such a decision I fear it overlooked key aspects. Firstly and fundamentally those who died in the Great War and the 2nd World War did so to preserve fundamental freedoms including the right of free speech and expression. James McLean was exercising that right as much as any of the thousands who chose to wear the poppy. Secondly, but I suspect first and foremost in the mind of Mr Maclean, the poppy , so long as symbol of those who died at the Somme, has in the last 10 years been promoted as a symbol of the British Army in all its endeavours including needless wars in Iraq and Afghanistan. While I would be proud as an Irish man to wear a poppy in memory of those who gave up their lives in order to preserve European democracy I would be horrified to think that such a gesture would be interpreted as being support for the wholly undemocratic campaigns being waged by successive British governments in the recent past. I suspect that Mr Mclean, as your article suggests, has good reason to disassociate himself with such campaigns particularly those whose sole objective is to defend and maintain an imperial presence in a territory where he sought to eke out an existence despite horrific discrimination inspired by raw bigotry.

For you information I chose not to wear a poppy but, on the 11th of November, I did stand by the grave of my uncle who gave his life in the in 1917.

What Frankie Byrne used to deal with - Ireland in the eighties

We spoke today about Frankie Byrne and our lunchtime radio memories of her.  A true legend.  The clip above, supplied by Chelski, makes reference to the sexuality of holy Cathlolic Ireland in the era in which she operated.

Below is a picture of the kind of behaviour which eventually forced her to leave the airwaves - the eighties saw a new open, raw, coarse sexuality equally at home in the open air as it was within the confines of the marital bedroom. 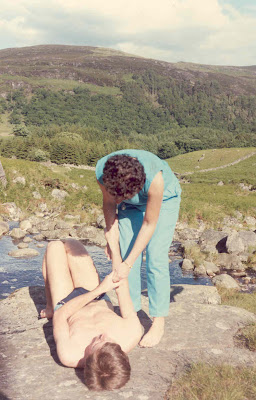 What do we make of this? 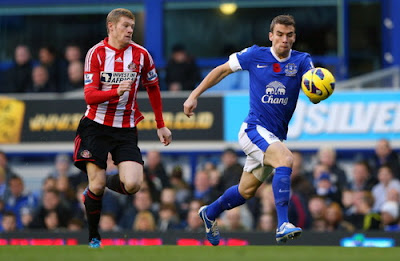 Whatever one thinks about the issues behind wearing the poppy in Ireland – and I chose to wear one - you have to admit that the decision made by James McClean to take the field against Everton the weekend before last wearing a shirt without a poppy was certainly a brave one.

Those who laud his decision to stand alone refer to his upbringing and his closeness to the troubles, citing the fact that several victims of alleged British Army over-exuberance, or murders, lived on the estate where he grew up.  The counter argument is that most of McClean’s formative years were in times of peace; that he now is happy to live and make a living in the UK as opposed to staying in Free Derry; and finally that the poppy is as much a remembrance of Armistice Day when peace spread across Europe as it is a tribute to the fallen soldiers in British and other armies.

Despite the courage displayed in making his statement, it is hardly surprising that he was booed by the Sunderland away supporters at Fulham yesterday and it remains to be seen how long he survives at the club, before moving on to a more suitable clime – like Parkhead, where such ill-judged shows of loyalty are regularlry feted by the ignorant masses.

And what of the club's role in all this - always treading a balance presumably between the pampered supperstars and the supporters who pay to put them there.  The decision to allow him to take the field without a poppy was a curious one which may alienate local support, and therefore one which must be viewed with a degree of concern by the club’s investors.  Oh shit, but I forgot, they’re Irish as well. 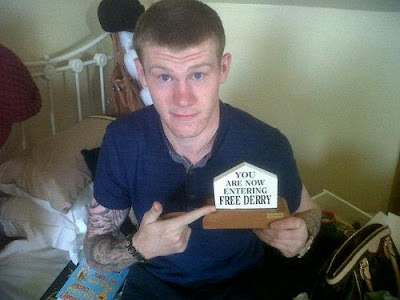 Contrast this with the very different approach taken by Hibernian Football Club and reported in today’s Irish Times. “All in the Game” refers to the sacking of the Hibernian Stadium Announcer Willie Doherty for playing the Beatles “Taxman” at half-time to wind up local rivals Hearts because of their well-publicised VAT problems with Her Majesty’s Revenue Commissioners. A petition has been launched to get him re-instated.

Children crying; thugs invading; and another season in the graveyard at the very best. 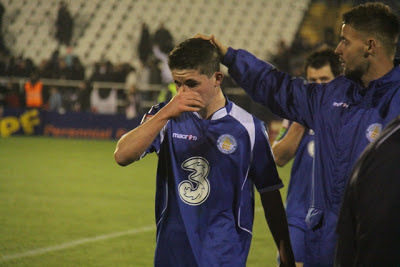 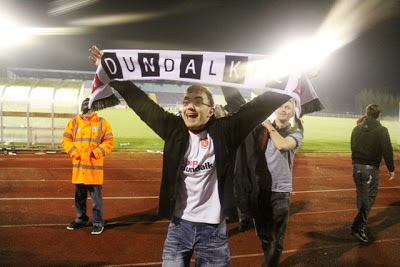 Absence from the Premier League 2007-2012 by William Wordsworth

FIVE years have past; five summers,
with the length of five long winters!
and again I hear These waters,
rolling from their mountain-springs
With a soft inland murmur. 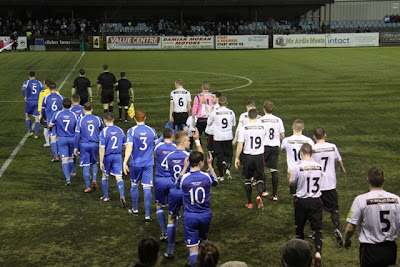 Second leg of the play-off decider against Dundalk.  All square after the first leg - away - despite having battered Dundalk mercilessly we ended up at 2-2.  The fear is now that our hopeless home form lets us down and we fall at the final hurdle.

Unthinkable if we lose.  Chairman has already says the club can't financially endure another season outside the top flight so if we lose, it's the Munster Senior League for the Blues and more Friday nights in front of the television for Yiddo.   The plight of the fans of Luton Town, Wrexham, Grimsby Town, etc is becoming more real to us although they did have the Blue Square Premier League to drop into.  Could an English fan ever be really unhappy with the glorious pyramid? 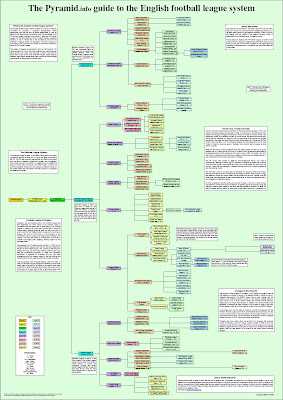 But there's no pyramid in Ireland, only a golden circle, run by the FAI, and making rules for the privileged Dublin clubs at the expense of the rural ones.  What could be more non-sensical than a twelve team Premier Division and a six team First Division?

So ninety minutes (maybe 120) at the RSC and the ghosts of Alfie Hale, Syd Wallace, Johnny Mathews, Tommy Jackson and Tommo there to will us through.  Go for it Blues, there can be no failure.
Posted by Yiddo at 2:19 PM