My boyhood dreams & the fickleness of human nature

Great result for Shamrock Rovers in Belgrade last night and now the prospect of a double header against Spurs over the next few months. Oh how I longed for that as a kid - my hatred of Rovers almost as strong as my love of Spurs, and my knowledge that the result could only go one way.

While it great news for the League of Ireland that the "Rov-is" have eventually pushed Irish soccer onto a higher stage, it will be interesting to see if they become the new Chelsea, with a myriad of new fans who have supported them "for years". How many will now claim to have been founder members of KRAM and to have stood on the pitch that fateful day in 1986 when Glenmalure was closed for the last time? How many of those who will go to the Aviva to watch Spurs will also go to the Tallaght Stadium the following Friday to watch Galway or Drogheda or the like?

The circumstances are perfect for the free-loaders and the glory-hunters - as with the re-born Chelsea and Man City fans, we'll see them crawling from everywhere over the next couple of years as Rovers begin to dominate Irish soccer and hopefully, repeat this European success. And each time it'll be appropriate to ask - where were you during the club's itinerant days? 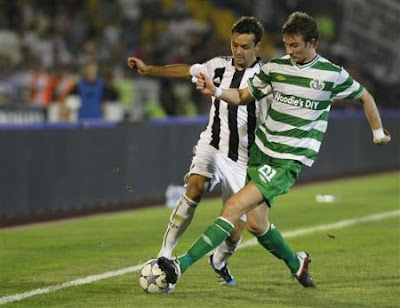 Splendid joint of pork in Luggala 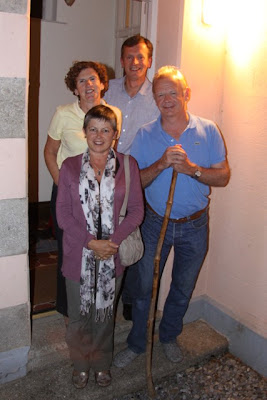 Well done to Brusselsblue for a great night's entertainment and great food in Luggala a few weeks ago. After 36 years, the debacle at Foulksrath Castle is finally laid to rest.

Church Door and Back 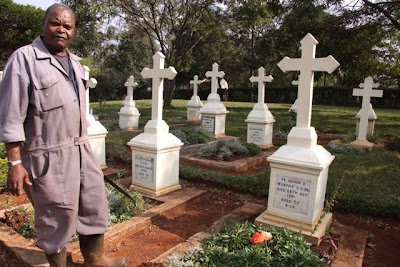 What better way to get CD&B up and running for the new season than with a rememberance of the man who started it all many years ago - and without an egg-shaped football in sight.

Within a tranquil graveyard in Nairobi lie the remains of Spud Murphy who died there ("in foreign fields") in 1991. Standing above the grave on my recent visit I couldn't but wonder whether his repose in Africa was as a result of a sudden passing, or whether he wanted to be closer to a missionary calling and organised his final years in a manner which ensured he would lie for the last time in Africa. I continue to ponder this issue, while lauding the work which he and others of his kind carried out and continue to carry out on behalf of the underprivileged of this world.

My couple of weeks in Kenya afforded me the opportunity to observe aged priests pursue their missionary objectives at close quarters. Aspects of what I saw forced me to re-examine my views on organised or missionary religion. While I maintain a low level of respect for the Irish religious hierarchy my faith in "the cloth" was (not insignificantly) repaired by seeing the the wonderful work done by selfless, unassuming and dedicated men who truly understood the meaning of Christian virtue. It is such a shame that their reputation and good standing has been sullied so much in recent times by the arrogant and unrepentant behaviour of pedophiles, rapists and molesters who were aided and abetted in their shameful activities by the morally destitite pillars of authority which our State created.

God speed his final journey - to the Church Door and Back.