It could be worse

Look, I know we've got to stump up again with the Property Tax this month, and it has been a succession of cuts to the aorta over the last few years but we need to remember it could be a lot worse.  We could be living in Belgium.

Belgium - at the heart of Europe politically yet unable to form a Government of its' own for long periods of time - a country which ranks Audrey Hepburn among it's top ten natives, which appears to have an unhealthy number of child abusers - outside of the clergy, whose inhabitants consistently look sickly and disinterested in life, and whose second most popular tourist attraction after the Grande Place is a statue of a little boy pissing (refer to earlier point).

Not got much going for it this place, despite the low taxes (?) and the high employment.  I'd rather be signing on down in Werburgh Street, which actually is the way I'm going these days.

Always look on the bright side of life. 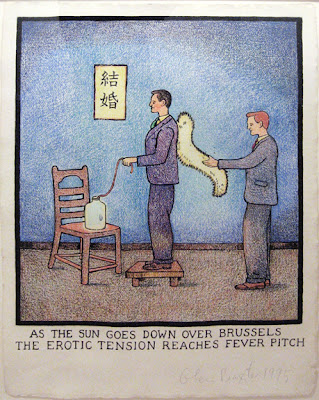