This club does not deserve our Gerry 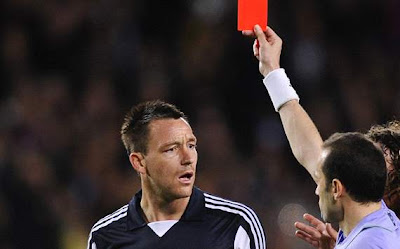 From the aggressive, sneering, cheating John Terry (what did I do ref?) to the barbaric, inane morons who label themselves as loyal fans, Chelsea football club has a lot wrong with it at present. It's probably to be expected in a club where money has been the only real currency for the past ten years, but it saddens me for the genuine, honest, and fair Chelsea supporters whose reputation has been tarnished by the activities of the few.

Where this issue causes me trouble personally is in defining my own attitude towards Chelsea - I don't dislike them as a football team - they are capable of superb performances like last night - and the Chelsea supporters I know are reasonable, unlike Manchester United fans (superior to us all), or Liverpool fans (obsessed with tradition and past glories); but as an institution I detest Chelsea - buying success in a vulgar manner while at the same time being unable to set appropriate standards for their players and their fans. Player power at it's extreme and in the worst hands.

I'm finding it hard to draw the line between being reasonable and being bigoted on this one.  Will someone please help me. 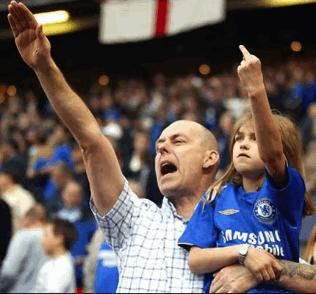