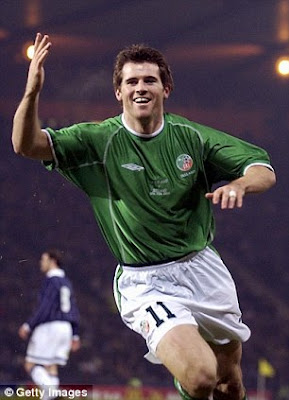 The term “unsung hero” is an over-worked description which generally means that the player under review is actually shite, lacks flair and individuality and, in club terms, they can’t get rid of him. The intended description is usually hidden behind comments pointing out that he’s an ever-present; a tireless workhorse or a dedicated clubman. Bland, trite and often patronising journalism.

Occasionally however you meet a player for whom the phrase was genuinely intended, a player whom seldom attracts the limelight yet through his consistency, dedication and honesty serves as a real example to others. Kevin, or Zinedine, Kilbane epitomises this character.

In recent times, Kilbane has come in for a degree of criticism (abuse?) at Ireland games – he has become the easy target for fans who are frustrated – in many instances at poor selection by Trappatoni, or inadequate performance by the team all around. Kilbane has been chosen probably because of his age, the fact he's now with unattractive Huddersfield and most frequently because quite simply "familiarity breeds contempt".

Kilbane's record of 109 games for Ireland and 65 consecutive competitive games must have meant sacrifices or decisions that other players would not have made. Evidence last weekend where he played against Macedonia on Saturday evening, before travelling back to Huddersfield to sit on the bench for them on Sunday afternoon (without appearing). So many others would not have made this effort for a Championship game.

Over the years he has always made himself available for Ireland (under several managers) and on each time he's delivered an honest and often quality performance. Contrast that with the behaviour of Roy Kease or Stephen Ireland who see the national team as an option, a facility for them to inflate their egos and their carrying value. Such a marked contrast is difficult to find in any other sport.

So well done Zizou and keep going - there's more in the tank yet.

Footnote – as so often is the case, Kilbane’s attitude and approach has probably been shaped by his life outside the game, and the challenges which life can bring. He is a patron of Down’s Syndrome Association in the UK and his seven-year old daughter has the condition. He was featured prominently in the press and on the web this month in connection with the inaugural Premier League Down’s Syndrome Football Festival which was organized by a partnership between the Fulham FC Foundation, the Down’s Syndrome Association and the Tennis Foundation in the UK. Events like these serve to remind us all of our privileged position in life. 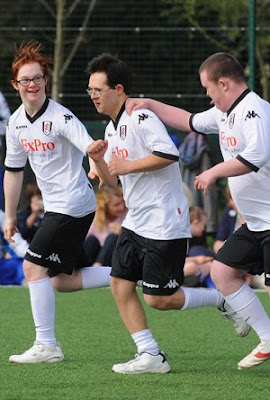