How can quantum gravity help explain the origin of the universe?

As we joked this afternoon about the Trinity Quiz team’s inability to get any traction on their action points for the Mise Le Meas weekend, I have to admit that I was hiding a secret – specifically as we joked about the Boat Race which was held on Saturday and no doubt eagerly viewed by all the West Brits in situ in the “Pav”. I now must come clean and advise that a member of my family has taken the Queen’s shilling.
Saturday afternoon saw me in a small little town they call Belfast watching the Blackrock Rowing team do battle with Royal Portora and Methody in the Lagan Head of the River annual race. Under the yellow cranes of Harland and Wolff, our boys did us proud and while unable to match the heroics of our rugby and cricket teams, we showed them that our little land-locked nation (or alternatively our well and truly locked nation) could compete with the best that the Crown could throw at us.
Powerful stuff - makes one proud to be Irish.
The murals on the walls of Balfour Avenue / Ascal Mheabha ask a different kind of question than they did 40 years ago and clearly the locals are now all bilingual. Progress indeed. 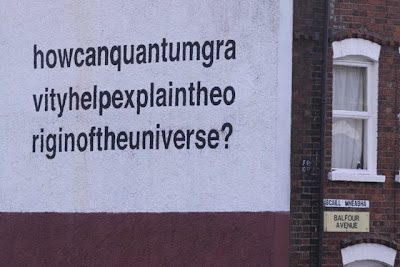