Get up, you little prick 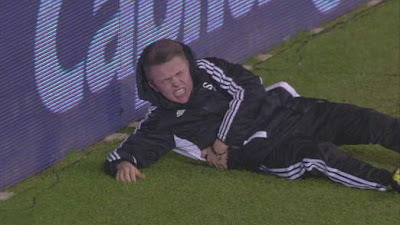 While many believe that the ball-boy’s antics were cynical and deliberate, and that he deserved what he got, there is a larger groundswell of opinion that suggest this incident would not have occurred at any other club than Chelsea. The house will debate whether the standards of behaviour at this once-great club have plummeted uncontrollably since the arrival of Roman Abrahamovic.

Debate will be structured in written form in speeches not to exceed 200 words.
Posted by Yiddo at 4:15 PM