I got my just rewards for all my harsh comments about Rovers last Friday night at the Tallaght Stadium in a pre-season friendly. Eight bleedin' one, and we were lucky it wasn't double figures.

Gone are the days in the sixties and seventies when these teams were equally matched - the scoreline is clear evidence of the gulf that has developed between the Rovis and the Blues. If anything, this disparity will only increase as Rovers benefit further from European involvement and a strong local support.

Here's the fourth goal - a classic header from the edge of the box over the despairing keeper who had no chance. Would peter Thomas have got it? Probably not. 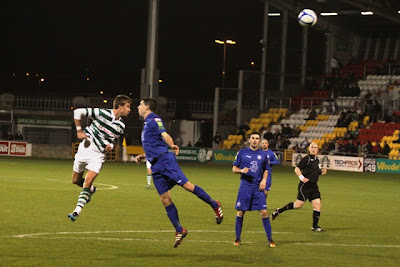 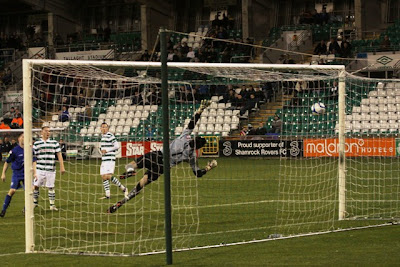 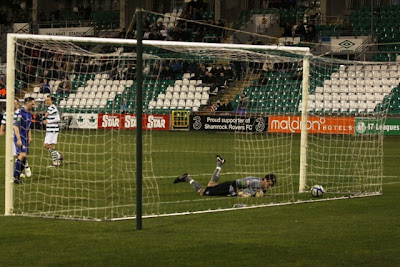