One hundred years ago today - Scott of the Antarctic and his four colleagues reach the South Pole and have their dreams and ambitions devastatingly shattered.

The solitary frozen tent with the small unmoving Norwegian flag atop, stood as testimony to the fact that he had been beaten to the South Pole by Amundsen, the Norwegian explorer. 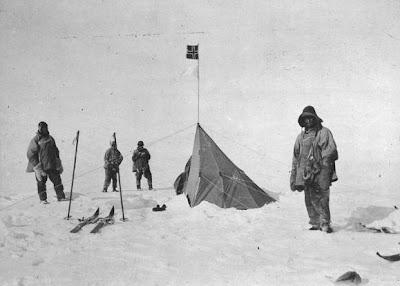 We took risks, we knew we took them; things have come out against us, and therefore we have no cause for complaint, but bow to the will of Providence, determined still to do our best to the last. Had we lived, I should have had a tale to tell of the hardihood, endurance, and courage of my companions which would have stirred the heart of every Englishman.

These rough notes and our dead bodies must tell the tale, but surely, surely, a great rich country like ours will see that those who are dependent on us are properly provided for ............

For my own sake I do not regret this journey, which has shown that Englishmen can endure hardships, help one another, and meet death with as great a fortitude as ever in the past.

In failure, and despite all the conjecture over his real persona - brave adventurer or reckless buffoon - Scott remains as one of the enduring heroes in English history. Battling against the odds with fortitude and bravery and facing death with stoic resilience, dignified acceptance and a still upper lip. While our own Tom Crean was tucked up in his pub in Annascaul sucking on a pint of plain and telling jokes about the penguins. 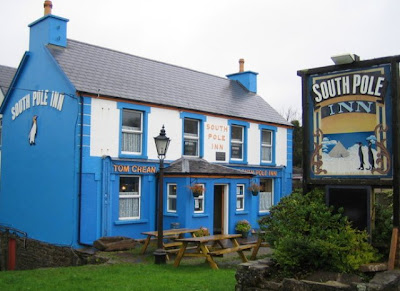 So when at 17:38pm I receive an email lamenting “Poor old Ian. You have to be beating wolves at home if you want to be in with the big boys.” I think not of today but of one hundred years ago, of valiantly giving it all yet not succeeding; of what might have been and what yet might be; and ultimately I think of the misery of languishing in mid-table never coming close to achieving greatness and never paying the ultimate price for trying and failing. Everton in the twenty-first century.
Posted by Yiddo at 6:22 PM