The African Cup of Nations 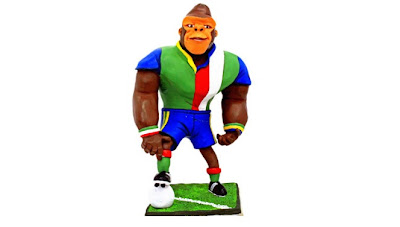 Peculiarly the African Cup of Nations importance as a football event is measured more by the influence it has on Premiership squads in late January / early February rather than on the quality or otherwise of the tournament itself.

This year’s event, which kicks off on 21 January has an additional (if minor) point of interest in that it will be the first continental championship for nations which will feature a player who played virtually all of his football in the League of Ireland.

Although he may currently be contracted to an Iranian club, Eamon Zayed has played 224 games in the League of Ireland, scoring 101 goals on the way. Most recently with Derry City, he has also played for Bray Wanderers, Drogheda United and Sporting Fingal.

Zayed broke into the Libyan national squad in October 2010 and has played four games for them since then, a friendly against Niger, followed by three games at the Pan Arab Games in December against Sudan, Palestine and Jordan. The latter three have come after the liberation of the country so it would appear that any political or power changes that have come post-Gaddafi have not impacted his chances of selection.

The national team donned new colours for the first game under the new transitional regime in a 1-0 African Cup of Nations qualifying victory over Mozambique on 3 September 2011, a game played behind closed doors at a neutral venue in Cairo, Egypt. One gets the feeling that an inspirational team talk by the manager would not have been needed for this one and it is a testimony to the power of football that in the middle of a fierce civil war, the organisation was able to fulfil the fixture and move a step closer to qualification.

An added interest in the competition this ear then - while it appears that he has not yet cemented a starting position in the team, here’s hoping that the “little Z” gets a run. 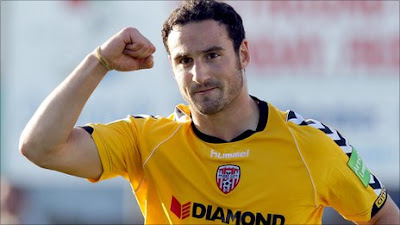