We never had it so good 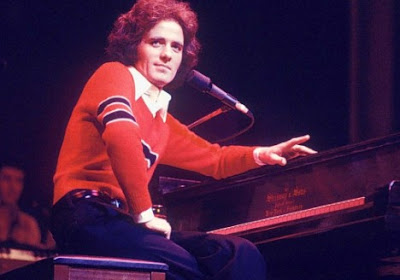 I always felt we got a raw deal with the Seventies.

Our older brothers and sisters got the swinging sixties; the later generation got the anarchic early eighties; both vibrant and influential in their own way. Musically the Beatles and Stones formerly; the Clash and the Stranglers latterly. And what did we get – Boney M and the “Rivers of Babylon” and Baccara with “Yes sir, I’m a Lady (and I need a certain song)”, and going back earlier - Mud, The Bay City Rollers and Showaddywaddy.

They now refer to this musical phenomenon as Glam Rock – tell me please what the hell was glamorous about stomping around in platform boots and parallels with hair trailing along your shoulder singing “Shang-a-lang”? We must have looked like a complete bunch of tossers (I know Gerry did), nearly as bad as the kids of today leaving their underpants showing, a foot above their trouser belt-lines. The tendency and ability to make a totally fool of yourself continues through the generations.

Our fashion sense was certainly highly questionable, a fact we can once again blame on the decade that was in it. Was the seventies austerity (cueing for petrol; miners strikes in England; rising unemployment) the reason why we wore shirts and ties made from the same material – job lot maybe – “cut a tie from it as well” - or the reason why everyone aged 15 to 25 wore a Levis or Wrangler jacket? Flair and individuality were sadly missing and it’s little wonder we were depressed. At least the Punks shook things up a bit and left their mark on society.

Television brought little to excite us – four channels including BBC Cymru, game shows, scripted and predictable comedians - and all this with the multi-channel environment of MTV only around the corner. Michael Parkinson, the Two Ronnies and the Generation Game. Essential Saturday night viewing, a lead-in to Match of the Day and Leatherhead beating Leicester 3-0 in the FA Cup with Chris Kelly, the Leatherhead Lip, scoring twice.

The political landscape was bleak – Tories v Labour in the UK; Fianna Fail v Fianna Gael in Ireland, with occasional interruptions by Brendan Corish. There was no Green-inspired talk of rainforests, no far-left republicans and the only Christian Solidarity movement was provided by Mad Mary on O’Connell Street as she danced among the passing citizens telling them about the glories of the Immaculate Conception. 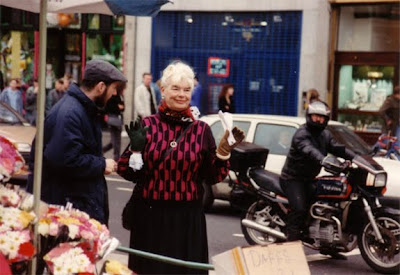 In short, all things considered, we should have had no hope.

And you know as I contemplate it further I can still hear my mother’s voice from the seventies, her downstairs and shouting up to me - the angry teenager - “And how badly off you are”.

She knew about the “prosperity” and “improvements” which were to come.