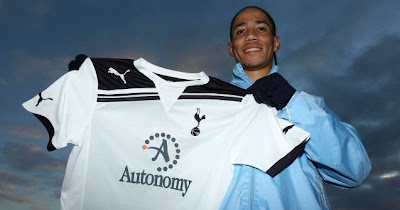 “I’m delighted to be here,” he beamed at Spurs Lodge on Thursday.

As a player, you want to play in a good team and challenge yourself and that’s what I always try to do as an individual.

There is a great manager at this club and one of my team-mates with the national team plays here (Bongani Khumalo) and he told me about the club, that it’s a big club, it’s a club on the up that plays good football.

I have played a few times against Spurs and I know the club have a big following in South Africa so, for me, being from there, it was an easy choice to make.”

As for his target for the rest of the campaign, Steven admits it’s now a case of trying to earn a place in the starting line-up.

“For me personally, I want to make sure I work hard and fight for a starting place in the team,” he said.

I know it won’t be easy but I am mentally strong to do that.

For the team, we are not far off first place in the Premier League so I think we’ve got a good chance to go all the way and win a trophy this season.”

Oh boy, what does all this say about Everton?
Posted by Yiddo at 12:55 PM