The dream of FC United of Manchester playing their evil neighbours in the Cup lives on although it has become a little less probable.

The away second round game at Brighton was going well with FCUM leading 1-0 and closing in on another shock result until up stepped old favourite Mauricio Taricco with an equaliser - yes that Mauricio Taricco. Assistant to Gus Poyet at Brighton, he played his first game for six years in October and his goal in the FCUM game forces a replay to be played this Wednesday evening. If FCUM can beat Brighton they head to Portsmouth in round three, even more daunting, but remember this is all a dream, a challenge to reality.

So Mauricio, do us a favour and fuck off back to Argentina where you belong, at least till after Wednesday. 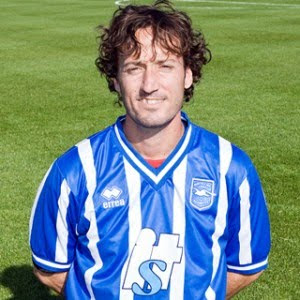