Don't you just love this kind of guy? 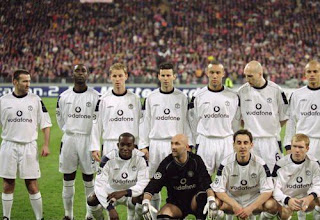 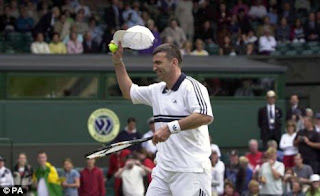 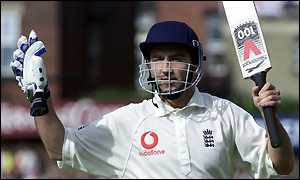 Karl Power.
Superstar all-rounder.
Stories of the fake Togo team which turned up to play (and did play) a friendly against Bahrain recently brings you round to thinking of the maverick genius that is Karl Power. Anyone who gets himself banned from Old Trafford for life is a genius in my world in any event, but his antics there and elsewhere in the sporting world place him stratospheres above virtually all civilisation.
Building on the success of his appearance for Manchester United in a Champions League game against Bayern Munich, Power has since played at Wimbledon Centre Court against Tim Henman, stood on the winners podium at Silverstone (surprising Michael Schumacher) and attempted to bat for England against Australia at Headingley. Excuse the pun, but absolutely powerful stuff.
Whether the Togo team go on to achieve such success is debatable, but you have to admire their bottle. The game, won 3-0 by Bahrain, appeared on FIFA’s website, but the Togolese football federation (FTF) stated the players who had faced the Bahraini national team were not from Togo.
According to "Europe 1" a fake football agent, whose name or nationality is not yet known, sold the match to Bahrain, who are preparing for the Asian championships. The feeble performance of the squad during the friendly had stunned members of the Bahraini Football Association (BFA), who only found out the truth after the game. "The very bad game of the ‘Togolese’ players surprised us, but then to discover that we had been dealing with a fake team was incredible,” said a member of the BFA. Togo’s Sports Minister Christophe Tchao told Jeune Afrique that nobody back home was aware of the encounter. “We will conduct investigations to uncover all those involved in this case,” he said.
Long live Karl Power, and all those who seek to emulate him, Togolese or not. Let's face it the alternative is not worth thinking about - a team led by Emmanuel Adebayor? Thanks but no thanks.
Posted by Yiddo at 1:31 PM