Bale and Adam have "previous" - notably on two occasions when Adam the supposed hardman tried to end Bale's career simply because he's too good for the Scottish journneyman.

For Blackpool at the Lane: 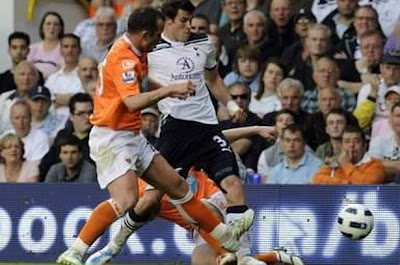 and then for Liverpool in a pre-season friendly (yes a friendly) in the US.: 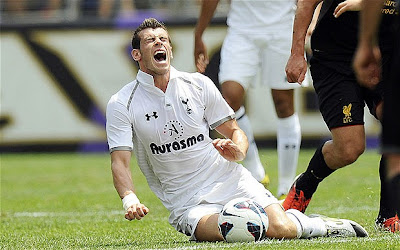 The winning Bale goal on Friday was so appropriate - fouled cynically by Adam, he received the ball from the free-kick and drilled the ball  from 25 yards past the Scottish keeper as Adam desperately tried to keep up and lunged at him just as he struck the ball.  Superb.

Now we may have developed a concern over some of Bale's antics on occasions recently, when his behaviour is compared with that of Adam, there's only one outcome.