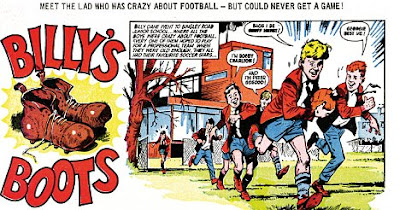 Chelski looked cool in his Pumas, and I wore a second-hand pair of Adidas passed down (early) from my brother Des. My fourteen year-old feet were, at that stage, very nearly the same size as his brothel-creeping age twenty-one's.   Declan Ryan and Jim Kinnerk has distinctive Adidas white stripes while Peter Finlay-Mulligan and Donal Donnelly opted for the flashy white stripe down the side.

In reality the choice was less important than having one or the other – the last thing you wanted to end up doing on a Wednesday afternoon was taking the field in a pair of size ten Blackthorns. That might have been ok for the boggers from the country who liked GAA but not for a southside jack-the-lad who had a copy of Tubular Bells and wasn’t afraid to wear flares.

While you might have got a pass mark for wearing Gola, if you wanted honours it had to be either Adidas or Puma.


And what of the choice?

Adidas, in keeping with their global market share (then and now) were more common and did the business, but there was a certain “class” attaching to the Puma boots making them stand out more. Their thicker stripe was more noticeable than the Adidas ones, particularly on the muddy pitch behind the senior study on a wet November afternoon.   Again market position is relevant – while four times as any people wore Adidas, Puma appear to position their brand on the elite user, listing Usain Bolt, Pele (remember 1970 in Brazil), Johann Cruyff (1974 in Germany) and Diego Maradona as their clients.

If the divide between Puma and Adidas wearers was noticeable on the back pitches in Blackrock College, consider what the rivalry was like in Germany or more specifically in Herzogenaurach where both companies were originally headquartered.

When the owners of the Gebrüder Dassler Schuhfabrik company acrimoniously split in 1948, the two shareholders Adi and Rudi Dassler each set up an independent company to conue their trade – Adi forming Adidas and Rudi forming Puma (originally called Ruda).

The rivalry that developed between them spread beyond football boots – it had more far-reaching tentacles and in the town of 23,000 residents, daily lives centred around the choice of which brother you supported.  "Inter-company" marriages were shunned and graveyards were divided on the basis of Puma or Adidas.  Klaus-Peter Gäbelein of the local Heritage Association in Herzogenaurach in commenting on the split stated that "Even religion and politics were part of the heady mix. Puma was seen as Catholic and politically conservative, Adidas as Protestant and Social Democratic."

The split, which has a number of supposed causes - their different levels of commitment to the Nazi party; a reputed affair between Rudi and Adi’s wife; perceived verbal insults which may have been misinterpretations, remains to this day and while Nike and the other US operators may gradually be taking a grip of the sports merchandising world, to the purists among us it will always be a choice between Adidas and Puma.

In retrospect though, while one stripe or three may have mattered one hell of a lot in the cut and thrust of the locker rooms of third and fourth year; with confidence built or stripped away with a passing comment; the boots we remember most were the nasty and ugly pair worn by a ignorant thug from Athy. 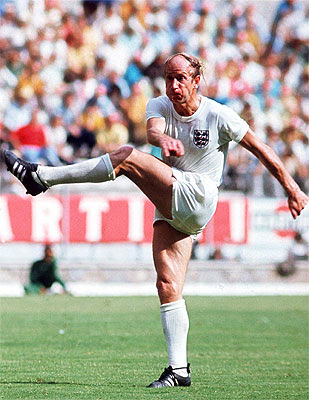 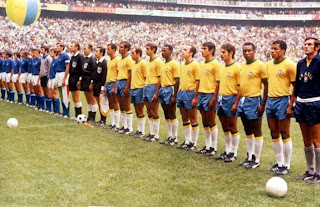