Ten people I'd love to have met - Mahatma Gandhi 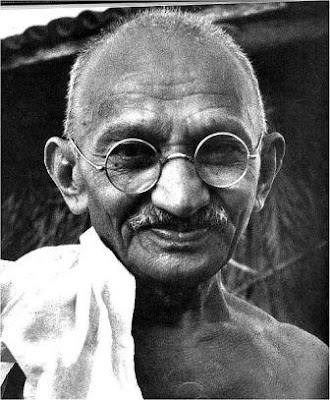 Second person in the “Ten People I’d love to have met” list is Mahatma Gandhi. 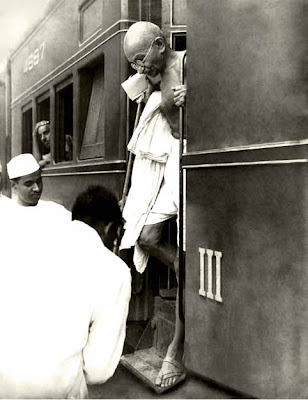 In our sanitised Western commercial world, we have little need (and maybe time and desire) to consider and identify individuals who provide true inspiration on spiritual or life matters. As a generation, we have drifted away from the Church and have failed to replace the unthinking singular devotion to Christ with respect, dependence or admiration for anyone or anything else. Ideologically we have become self-sufficient, driven largely by financial well-being.

In looking at those who could provide inspiration, if we were to seek it or need it, Mahatma Gandhi is right up there at the top of the list.

He was assassinated in 1948 by one of his own religion who felt that he was moving to close to the Muslim world (and specifically Pakistan). His violent death was contrary to everything he stood for – he espoused the virtues of peace, preferring non violent civil disobedience as a method of achieving change. He lived a simple life and worked to alleviate poverty and end the Indian caste system.

Having gone through the debacle of the Celtic Tiger, which destroyed the fabric of our own country it would be interesting to know how things might have turned out if we had more of Gandhi’s leadership than that provided by the evil troika which influenced our country in recent years – the Government, the banks and the builders. I have to think we be in a far better place.

My debate with Gandhi would centre around the question of whether he was too naive and too idealistic, and whether living a longer life would have resulted in his philosophies having a greater influence on the shape of the newly established state of India. And how similar was he to our own De Valera, whom in equal measure I castigate for his policies of independence, isolationism and self-sufficiency - dancing at the crossroads and all that went with it?

As Wikipeia sumarises, The modern India with its rapid economic modernization and urbanization, has rejected Gandhi's economics but accepted much of his politics and continues to revere his memory. Reporter Jim Yardley notes that, "modern India is hardly a Gandhian nation, if it ever was one. His vision of a village-dominated economy was shunted aside during his lifetime as rural romanticism, and his call for a national ethos of personal austerity and nonviolence has proved antithetical to the goals of an aspiring economic and military power. By contrast he is given full credit for India’s political identity as a tolerant, secular democracy.”

And therein lies his legacy. 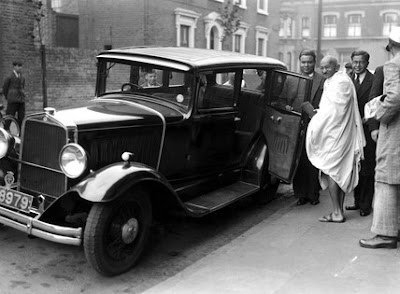