"When i think back on all the crap I learnt at high school, it's a wonder I can think at all" - Paul Simon.

True or false? To put it to the test look back on eight of the classics of literature which were pounded into us as kids and see whether this assessment is fair: 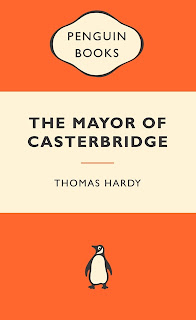 The Mayor of Casterbridge

From a literary perspective, quite poor as it tended to ramble on aimlessly about Wessex forests and hills, and country bumpkins loafing around with empty milk churns. However will always be one of my favourites because of its main character Michael Henchard. Any man who can sell his wife and his kids for a fiver and then make mayor has got to be top of my list of dudes with cool. Henchard is not to be confused with Michael Henshaw, who used to break a snooker cue over your head if you called him “hen” in the poolroom in Belfield.

Verdict – not recognised then for what it was – a tale of a superhero to beat them all. 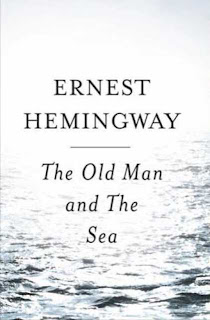 The Old Man and the Sea

Thankfully this one wasn’t one of the prescribed novels and appeared only in the additional reading section (or whatever they called it). If memory serves me well, others falling into this category were Of Mice and Men and The Grapes of Wrath.

The only travesty is that this one wasn’t written by Cecilia Ahern. It is patently obvious that Hemingway was up to his gills in vodka on his trip down the Florida Keys as he penned this little beauty.

Verdict – using an appropriate nautical term, give this one a wide berth. 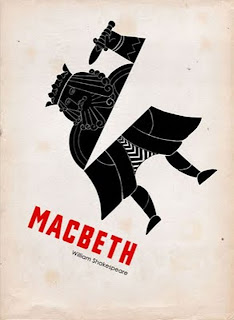 Shakespearean tragedy for all those who had to read it.

Promised a hell of a lot (bubble bubble toil and trouble) but ultimately got a bit lost with moving forests and invisible daggers. The real tragedy with this play was having to study it for two of the formative years of our academic lives, particularly in a class which had moving desks and very visible laggers. How the hell did Mike and Gerry get into 55?

Verdict – a total bore, rescued only by twirling Jim Doyle's reaction to the goalpost coming through the window as we commenced Act IV Scene III. 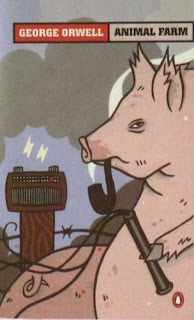 The Celtic Tiger generation changed the words of this by deed poll to “four wheel drive good, two wheel drive bad” but even they must now have twigged the underlying message in this novella.

While this was supposedly a satire on the Russian political system, I question whether the critics and literary analysts made a little geographical mistake along the way.

Perceived grievances (British rule) leads to uprising (1916) and independence followed (1921) swiftly by an even-worse political system (Dail Eireann) which centres around a small few taking control and making rules for everyone else and then ignoring them themselves (Fianna Fail). Not sure how Orwell would write the greedy bankers and developers into this one if he was doing it again. 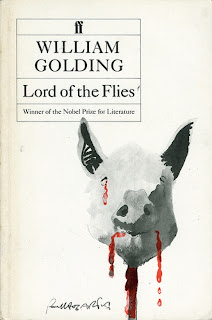 Lord of the Flies

The latter-day equivalent of “Lost” although my kids don’t exactly see it that way. If is was out in a box-set, well maybe - but a book about civilisation, tribalism and morality – no fuck that, I’m going back onto X-Box.

The smashing of Piggy’s glasses was a truly devastating moment (more so than his death) as it marked a move from the happy-ever after endings of our nursery-rhyme youth to the real cut and thrust of the modern world.

The face-paint and tribal behaviour of Jack’s group mirrored the football allegiances and hooliganism of the seventies and with which we could all associate, rife as it was.

It gave us a chance to look around the class and simply change the names for the real-life characters, bullies and victims around you. Aside from Brian’s treatment of a few of our own, I’m happy to say we never entered either camp.

Samneric - the twins - falling asleep and letting the (Pascal) fire go out on the island. Did they know then that something was evil going on in the brotherhood?

Top of the book list – relevant, influential and thought-provoking. 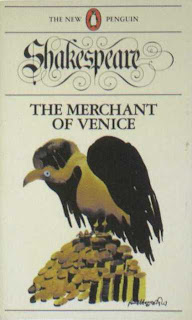 The Merchant of Venice

This play to my mind actually rescues Will from the B League as most of the rest of the stuff he wrote would actually put you to sleep. I don’t mind the language being different (it was five hundred years ago) but the story-lines were so insipid it’s frightening.

This one however is dear to my heart because of the modern-day parallels – Jewish trader (Spurs) sells commodity (Keane) to another suitor (Liverpool) and then buys it back at a lower price – and what happens – they call us misbelievers, cut-throat dogs, and spit on our Jewish gabardines – and why – “for use of that which is our own”.

And now Celtic have now come calling and we try to screw them as well.

Why is it that this is still our educational “piece de resistance” – contributing the most memorable quotations and parallels of all we learnt? One simple answer – because of the greatest Shakespearean character of all time – Shylock. Long may he endure and if you’re ever down the Lane at a match soon, I’ll formally introduce you – you’ll like him, he's a top man. 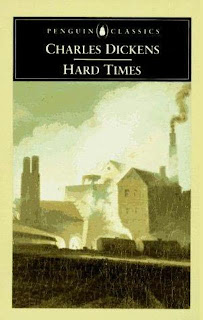 The book which put the dick back into Dickens.

Hard to think that at a time they’re trying to get kids interested in schooling, education and self-development that they force them to read this frightful drivel. Three hundred pages of unadulterated nonsense, in a soft hairy red cover with gold lettering on the side. Better suited to Christian Brothers schools that the progressive Holy Ghost fathers.

The hair rises on my back every time I see this book in the attic. I’m afraid to throw it out in case it is ever traced back to me.

Verdict – the only redeeming feature is that it is set in a fictitious English setting called “Coketown”. The mind boggles what Gradgrind and Bounderby were really up to. 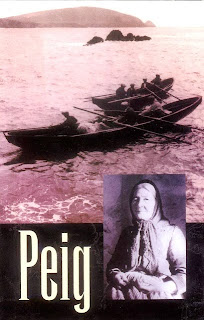 This book gave us an insight into life in Ireland in 2010 and beyond. It was supposed to be about life in the Blascaidi in the fifties but the whole thing got turned on its’ head in recent times. Instead of telling us about the life we might have to endure if we didn’t work hard, it now tells us of the life we can aspire to if we get a few lucky breaks.

Smoking the dudin round the fire, without Marion Finucane or Joe Duffy drifting over the airwaves, and staring out through the rain to the mainland and the imminent arrival of the currach mor with provisions for the next few months. And the body laid out in the bedroom and caoineadh O’Leary about to commence.

The whole thing sounds a lot more attractive to me than it used to.


And so the final league table:

It's Europe for Lord of the Flies and the Championship for Hard Times!
Posted by Yiddo at 6:59 PM