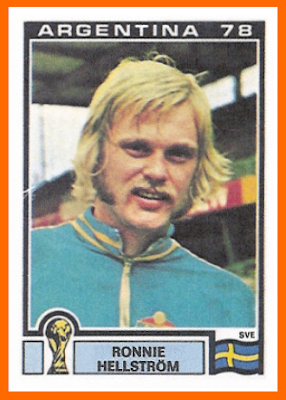 The Argentina World Cup took place in the pivotal year in which I left university and entered the real world. A big change from a lifestyle perspective beckoned and perhaps prophetically the World Cup was very different from what we had experienced before.

While the ticker-tape, the music and the fanfare contributed to the marked improvement over dull and dreary Germany in 1974, perhaps the greatest influence was the re-emergence of Argentina as a footballing power. Choreographed by chain-smoking Cesar Menotti and featuring the free-flowing magic of Kempes and Ardiles, this Argentina were a long way away from the villains of 1966, when Ramsey forbade his players from swapping shirts and Rattin incurred the wrath of the English nation.

There is a peculiar phenomenon which afflicts supporters in that there are specific matches for which they can remember vividly their viewing experience – who where they were; who they were with – in some instances even the peripheral vision surrounding the TV screen reappears. Argentina v Peru for some unknown reason is one of those matches for me. It makes no sense that I should remember this particular game but the mind is peculiar in its’ workings and that’s the way it is. Mark Ryan’s parents’ house – the front room, during the time of Dallas and the Deerhunter, and the Merrion Inn. Argentina won the game 6-0, having needed a four goal margin to proceed to the next round at the expense of Brazil. Suggestions that the match was fixed are not without support, recognising the performance of the Peruvian team up to that stage – they had won their qualifying group, outperforming Holland in doing so.

Further support for the theory must rest in the ruthlessness of the right-wing military junta which was running Argentina at the time, having overthrown Eva Peron two years earlier. For a regime struggling to achieve popular support (quite the opposite in fact) a World Cup success was considered important for the feel good factor it would create. The extent to which the victory was embraced in Argentina is not clear but it certainly assisted in improving the country’s reputation internationally, at least in footballing circles.

While the competitionl took place in 1978, demonstrations took place in front of the Casa Rosada, or Government buildings, organised by the Madres de la Plaza de Mayo, the association of Argentine mothers whose children "disappeared" during the military dictatorship, between 1976-1983. It is estimated that 11,000 young men were kidnapped and executed during the period of the “Dirty War”.

While it has been suggested that Johann Cruyff stayed away from Argentina on political grounds (later denied by him) it is a fact that only one footballer from the combined squads of the 15 visiting nations is known to have attended the demonstrations – Ronnie Hellstrom, the Swedish goalkeeper who played in all three of their group games. You can generally trust the Swedes to get these kind of things right although it is surprising he didn’t persuade more of his team mates to attend.

Anyway hats off to the hairy Ronny.