The superman from Brewery Road

Gerry's tracking of the great and the good is becoming a little frightening - you can't even hide in the technology pages of the Irish Times without him tracking you down. God help us if any of us end up on the Criminal Courts page.

But fair does to him in spotting our emigrant superhero John Deutscheskule O'Farrell as he gave it welly to a bunch of Silicon-breasted dolls in Americay and tried to drum up a few bob for the itinerants back home. Lording it over technology valley with billions to lash around, it's hard to recall the memory of him sponging lifts all over the place from Art at Webcars and refusing to pay for his round nine times out of ten in the late seventies.

To his credit at least he is trying to help out and you won't see him coming home to plunder the last few national treasures we have - the delightful taste of warm soda bread; fly-fishing on the Corrib; and reciting Yeats from a bar-stool in a quaint snug just off Grafton Street. He's leaving that to others closer to home.

My lasting memory of Moneybags O'Farrell is him being refused drink by a scutty little barman for being underage (and him 24 or older) - by fuck they'd happily serve him oodles of Bacardi Breezers now, until he was lying in the gutter outside the megapub, like most of the rest of the future saviours of this country.

So come back John, all is forgiven. 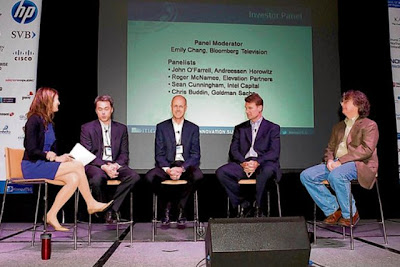