The night was following a predictable schedule until the middle of the sixth bout when a member of the audience appeared from the crowd and announced himself on stage, with a demented dance and a somersault off the corner post, landing literally on the flat of his back - to tumultuous applause from the frenzied audience.

I knew immediately who this was without any need for hesitation - Mad Dog McCooey had arrived. I thought of Art sitting at home planning the end of the world and working out mathematical coincidences based on the dates in the Gregorian calendar.

All very well for Mad Dog but it won't look that cool when he's bald in about three years time.

Just take a look at the dolly bird's reaction - just brilliant. And then her vague smiles as he tries to pull the knickers off her. 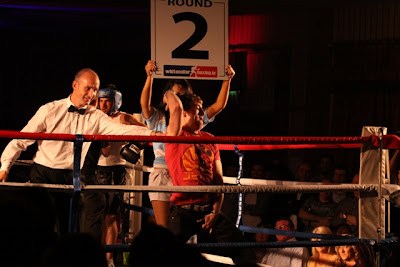 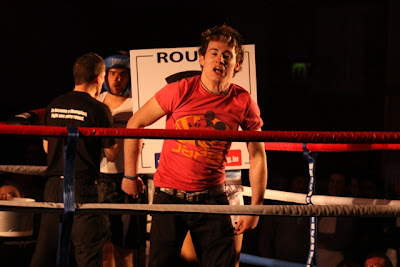 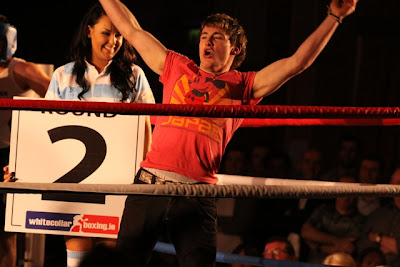 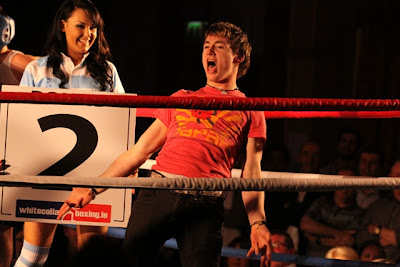 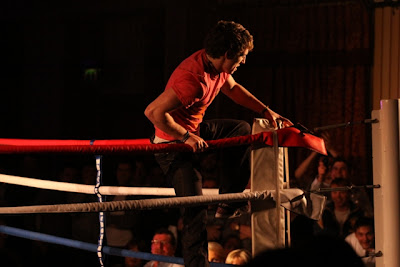 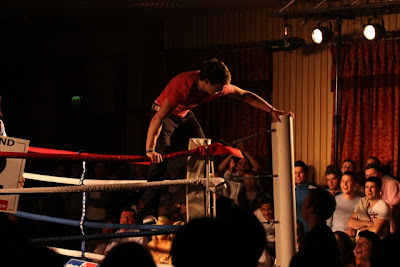 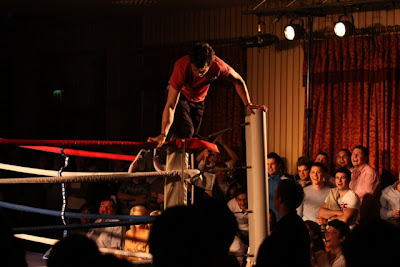 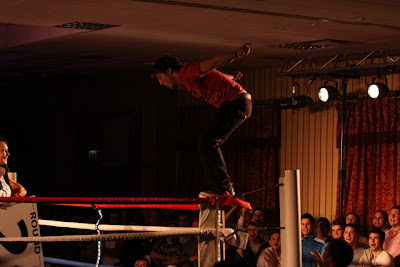 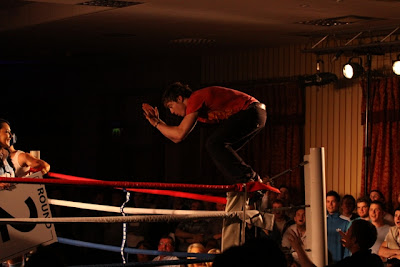 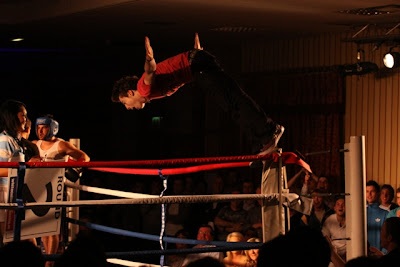 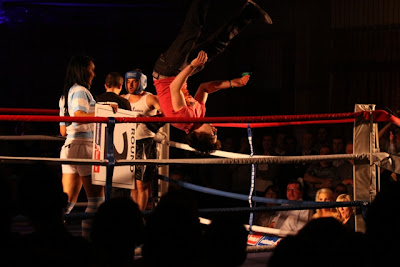 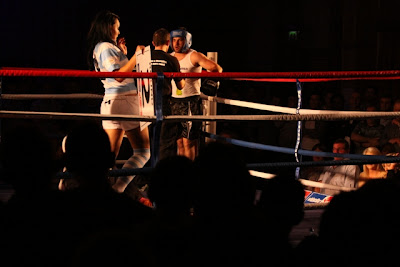 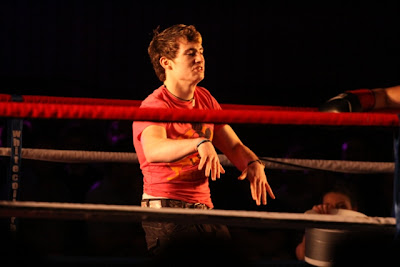 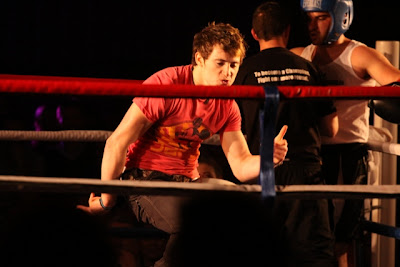 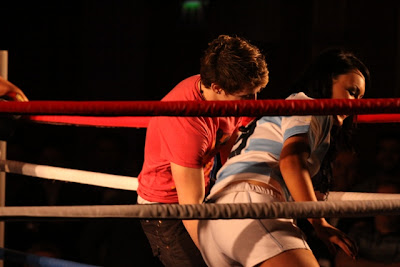