In the African Cup of Nations two months ago, the Togalese team were attacked by terrorists and three of their entourage were shot dead. Emmanuel Adebayor was part of that squad and, in dressing on Wednesday week (the day Everton beat them 2-0) he appeared totally insensitive to the nature of the attack. The Guardian (again) picked up the issue and featured his picture wearing the offensive t-shirt. If only he had the same t-shirt sense as the four poofs with the piano. 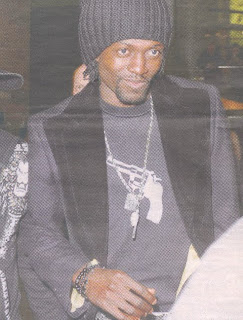 I suppose it's hard to expect more from a man who continues to display shameful behaviour as he did in celebrating his goals for Manchester City in front of the Arsenal fans earlier this season, in a breathtaking display of aggressive arrogance. He could do well to take a leaf out of Robin Hood's book by having the good grace not to celebrate having scored against a former team. 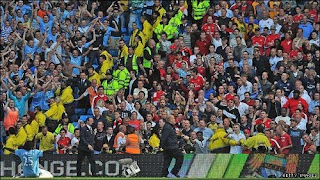 Adebayor needs to crawl back under the rock from where he came.
Posted by Yiddo at 7:18 PM