A little travelogue came from my trip back from WHL to Stansted yesterday.

A couple of deeply-in-love young foreign kids sit down opposite me and I can't help thinking to meself - it's Rolf, the German who betrayed Liesl in the Sound of Music. You know, the guy who snogs her in the summerhouse and then blows the whistle in the cemetery when they're trying to escape from the evil Nazis. 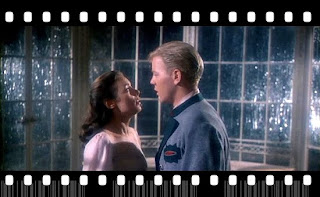 I started thinking about the messages, subliminal or otherwise which the the movie left viewers with (triumph of good over evil; true love will always shine through; if you're in a nunnery and like the odd rub of the relic, get out quickly) and it struck me that poor old Liesl got an awfully raw deal from the scriptwriters. All very well assisting in the climb over the mountains to freedom in France but not much good if you end up traumatised for life because you've been rejected by the first real love of your life, just before the trek. I really felt for her and I concluded again that that guy Rolf was a total wanker.
Anyhow, this brought to me to think about the Ormonde Cinema in Stillorgan and the pivotal role it played in educating me in the ways of the world. Reel-to-reel shows -earliest memories were of a French movie called the the Red Balloon, another about a young kid making his Communion, followed by The Greatest Story Ever Told and Ben Hur, and from there the list becomes seamless. The slightly girlie-ish Sound of Music, Mary Poppins and Chitty Chitty Bang Bang were thankfully replaced by countless westerns, then in drove (and flew) James Bond to, in turn, be blasted out of it by Robert Vaughan and Telly Savalas in the Battle of the Bulge. Serious shit at this stage.
Finally, in 1970 however we put away the things of children and we moved into adulthood with the brilliant "World at their Feet" - the story of the World Cup of that year. After that, things were only going one way. 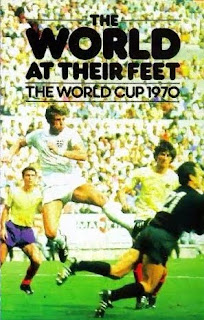 The Ormonde Cinema opened in 1955 as a single screen establishment with a capacity of 1,000. It now has in excess of ten screens and continues to provide endless entertainment to kids in the area. Long may it stand!
Posted by Yiddo at 9:49 PM