What a difference Judas made

Great to see Judas making such a difference on his return to the Arse last weekend against Stoke in the Cup. He was clearly the difference between the teams as Ricardo Fuller weighed in with a brace from centre-forward to dump the Gooners out of the competition. 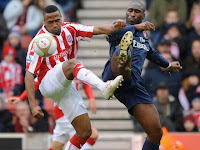 The second positive outcome from the game was the French twat showing a touch of humour for the first time in his life. His triple substitution after 70 minutes was intended to avoid a replay and like most things he does, it worked to a tee.

And as this was going on another Judas emerged down at Bolton. Where would we be without the hatred, the glorious hatred? 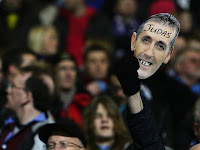